72 years ago today William McNeil Crawford was born in the Philipines. As legend goes he was born on the dining room table. He's lived a long & crazy life.

During WWII His family was captured by the Japanese & were POWs for 4 years in Santo Thomas. Dad's the middle boy on the right: 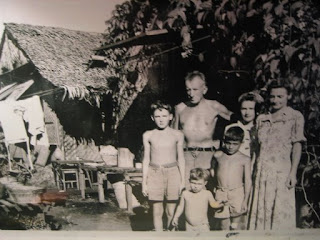 The family returned to the US after liberation & my dad grew up to be a pretty good looking guy: 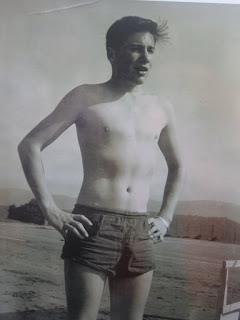 At Cal he met & fell in love with my mom. They seem to love each other still: 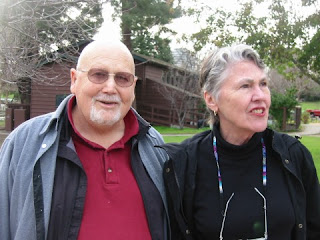 He has a huge soft spot in his heart for beasts: 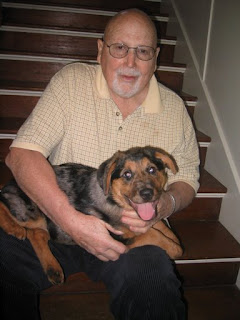 and he's the most loved grandfather to this bunch... 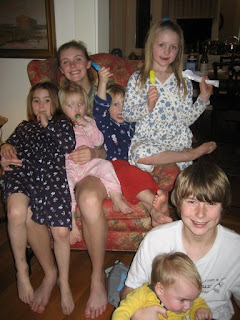 He's living quite a life.
Posted by SDCrawford at 9:30 AM 1 comment: 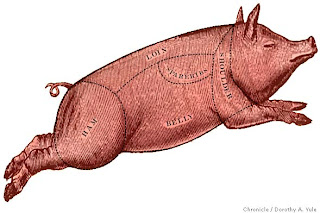 A hearty pig is a leg of ham and a shoulder roast to boot,
His belly and his loin taste good with a garnish of some fruit,
His spare ribs make a sumptuous meal — indeed, from snout to heart,
The pig rewards the frugal chef with a meal from every part.
YUM YUM YUM
Posted by SDCrawford at 9:53 AM No comments:

Bitch is the New Black

Posted by SDCrawford at 2:23 PM No comments:

The Other Blog is Active Again

Did you know I'm running again? Want to keep up on all the adventures? Check out my other blog.
Posted by SDCrawford at 10:18 AM No comments:

Can you believe that this little fuzz bug 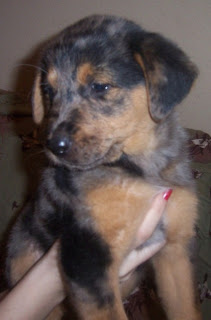 turned into this majestic beast... 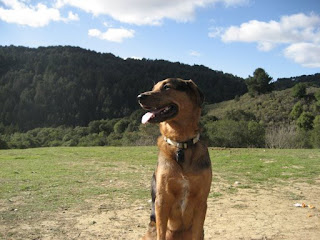 Who Isn't for Puppies?

Posted by SDCrawford at 8:43 PM No comments:

Song & video Inspired by Barack Obama's 'Yes We Can' speech.

It was a creed written into the founding documents that declared the destiny of a nation.

It was whispered by slaves and abolitionists as they blazed a trail toward freedom.

It was sung by immigrants as they struck out from distant shores and pioneers who pushed westward against an unforgiving wilderness.

It was the call of workers who organized; women who reached for the ballots; a President who chose the moon as our new frontier; and a King who took us to the mountaintop and pointed the way to the Promised Land.

Yes we can to justice and equality.

Yes we can to opportunity and prosperity.

Yes we can heal this nation.

Yes we can repair this world.

We know the battle ahead will be long, but always remember that no matter what obstacles stand in our way, nothing can stand in the way of the power of millions of voices calling for change.

We have been told we cannot do this by a chorus of cynics...they will only grow louder and more dissonant ........... We've been asked to pause for a reality check. We've been warned against offering the people of this nation false hope.

But in the unlikely story that is America, there has never been anything false about hope.

Now the hopes of the little girl who goes to a crumbling school in Dillon are the same as the dreams of the boy who learns on the streets of LA; we will remember that there is something happening in America; that we are not as divided as our politics suggests; that we are one people; we are one nation; and together, we will begin the next great chapter in the American story with three words that will ring from coast to coast; from sea to shining sea --