Congress -- led by Congressmen Wayne Gilchrest and Richard Pombo – may soon be trying to remove a deadline that would reduce the catching, injuring and killing of dolphins, whales and other marine mammals. Take action today -- tell Congress not to kill the Dolphin Deadline. If you live on the Eastern Shore of Maryland -- click here. Anywhere else in the US, click here.

Each year commercial fishing operations catch and kill more than 300,000 marine mammals worldwide – more than 800 each day. The United States contributes significantly to this problem, needlessly killing thousands of dolphins, whales and other animals each year. According to the U.S. Commission on Ocean Policy, this “dirty-fishing” is one of the biggest threats to the future of marine mammal populations.

In the United States, laws already exist to protect marine mammals. More than 30 years ago, the U.S. Congress enacted the Marine Mammal Protection Act to stop the decline of dolphins, whales, manatees, walruses, polar bears and other ocean animals.

The Marine Mammal Protection Act requires the federal government to reduce the killing and injury of marine mammals in commercial fisheries to negligible levels. Ten years ago, Congress set April 2001 as the deadline to achieve this goal, but the deadline has since passed.

Now, instead of working harder to enforce the deadline, some members of Congress just want to do away with it altogether. (View Fact Sheet)What they should do is insist that the government comply with the law. If this deadline is removed, marine mammals will lose the most basic and fundamental protection given to them, and the number killed or harmed by commercial fishing operations could increase by the thousands.
Posted by SDCrawford at 11:17 AM No comments:

If ghosts and goblins or the current regime in the white house don't scare you I'm sure this will. Check out the KQED blog about Scary Food

editor's note to my parents: the text in bold blue is a link. move your cursor over that and click to be sent to the Scary Food blog
Posted by SDCrawford at 11:04 AM No comments:

My neice Lauren is apparently a big stud. She ran her final big XC race and crushed the competition. Unfortunately I had to be in class and couldn't go cheer her on. Mom said she was awesome. Hopefully they get to go to championships and I can see her woop 'em in person.
Posted by SDCrawford at 10:11 AM 1 comment:

This is upsetting but I thought I should pass it along. Check your drivers license. Now you can see anyone's Driver's License on the Internet, including your own! I just searched for mine and there it was picture and all!!

Thanks Homeland Security! Where are our rights?
I definitely removed mine. I suggest you do the same... Go to the web site and check it out. Just enter your name, city and state to see if yours is on file. After your license comes on the screen, click the box marked "Please Remove". This will remove
it from public viewing, but not from law enforcement.

Song samples
I've Been Working on the Railroad performed by Coldwork (sung like Coldplay... The above link goes to a vieo of ME2 (ala U2) song of Head Shoulders Knees & Toes.

yes, I just bought the whole collection and it's awesome.
Posted by SDCrawford at 9:04 AM No comments: 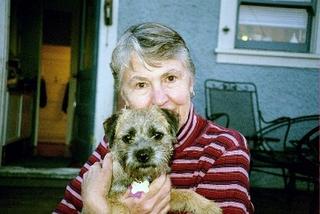 Posted by SDCrawford at 11:42 AM No comments:

I've always heard that brown hair/eyes are the dominant gene. How is it that all the kids of the next generation have such fair features? Except for the hair/eye color the rest of them is ALL Crawford.

Here they are in decending age: 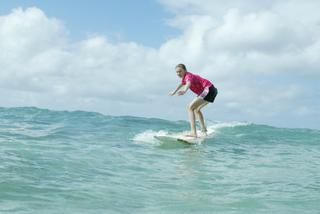 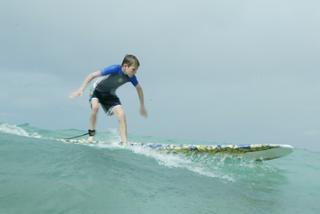 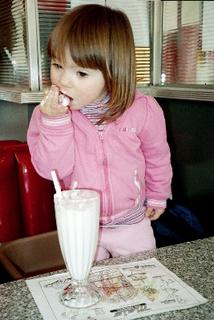 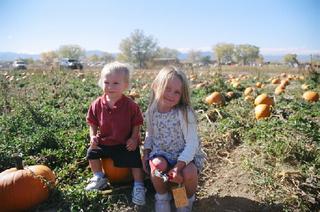 Posted by SDCrawford at 10:58 AM No comments:

A New Toy for FREE!

My friend Melissa showed me her new free BlackBerry Treo she got for buying an airline ticket from America West. Wow, that's quite a promotion.

If only I wasn't already locked into a cell phone contract... and don't mind not being "in touch" 24/7 I might consider booking a flight.

Posted by SDCrawford at 9:56 AM No comments: 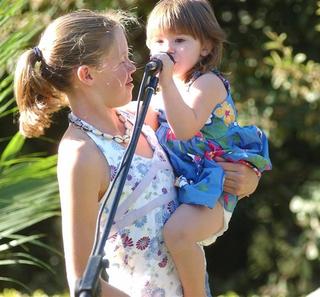 How cute is she! 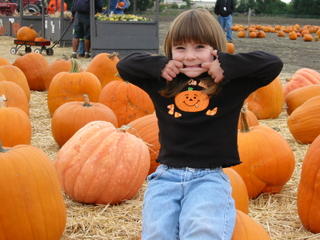 Posted by SDCrawford at 3:33 PM No comments:

My Own Three Toed Sloth

Otis gets his toe removed on 10/24. The doctors think it's best to preventatively remove his potentially cancerous toe.

Jane wants to take him with us to Oregon this weekend as a special field trip. Otis loves the farm, loves uncle Jack, loves a good long 9 hour car ride, loves being with his mommies. Little does he know Jane has started the K9 Make-A-Wish!

Eating silkworm pupas just sounds nasty. For the full text of his experience read this blog's section called Steve, Don't Eat It! . Have a barf bag handy if you are easily grossed-out.
Posted by SDCrawford at 9:33 AM No comments:

A Message for My Dad