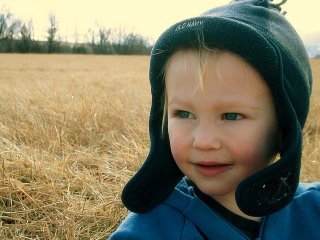 Posted by SDCrawford at 8:39 AM No comments:

Funny 'cartoon' on how to Become Republican
Posted by SDCrawford at 1:58 PM No comments:

I was raised by parents who would visibly cringe when a word was misused. They will enjoy this website: Common Errors in English
Posted by SDCrawford at 1:47 PM No comments: 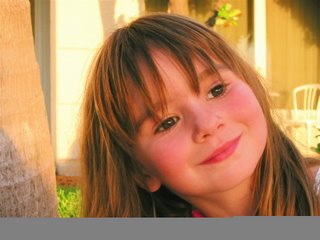 Posted by SDCrawford at 9:20 AM No comments: 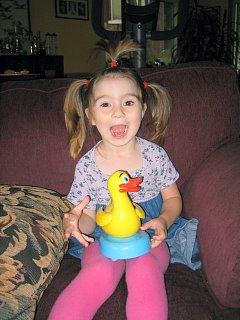 Posted by SDCrawford at 5:05 PM No comments:

I made Gassy & Good Three Bean Chili on Friday for the vegetarians. YUMMY!
Posted by SDCrawford at 1:28 PM 1 comment:

Watch the videos at the end.

[From Sports Illustrated, By Rick Reilly]
I try to be a good father. Give my kids mulligans. Work nights to pay for their text messaging. Take them to swimsuit shoots. But compared with Dick Hoyt, I suck.
Eighty-five times he's pushed his disabled son, Rick, 26.2 miles in marathons. Eight times he's not only pushed him 26.2 miles in a wheelchair but also towed him 2.4 miles in a dinghy while swimming and pedaled him 112 miles in a seat on the handlebars--all in the same day.

Dick's also pulled him cross-country skiing, taken him on his back mountain climbing and once hauled him across the U.S. on a bike. Makes taking your son bowling look a little lame, right?

And what has Rick done for his father? Not much--except save his life.
This love story began in Winchester, Mass., 43 years ago, when Rick was strangled by the umbilical cord during birth, leaving him brain-damaged and unable to control his limbs. ``He'll be a vegetable the rest of his life;'' Dick says doctors told him and his wife, Judy, when Rick was nine months old. ``Put him in an institution.''
But the Hoyts weren't buying it. They noticed the way Rick's eyes followed them around the room. When Rick was 11 they took him to the engineering department at Tufts University and asked if there was anything to help the boy communicate. ``No way,'' Dick says he was told.

``There's nothing going on in his brain.''

"Tell him a joke,'' Dick countered. They did. Rick laughed. Turns out a lot was going on in his brain. Rigged up with a computer that allowed him to control the cursor by touching a switch with the side of his head, Rick was finally able to communicate. First words? ``Go Bruins!'' And after a high school classmate was paralyzed in an accident and the school organized a charity run for him, Rick pecked out, ``Dad, I want to do that.''

Yeah, right. How was Dick, a self-described ``porker'' who never ran more than a mile at a time, going to push his son five miles? Still, he tried. ``Then it was me who was handicapped,'' Dick says. ``I was sore for two weeks.''

That day changed Rick's life. ``Dad,'' he typed, ``when we were running, it felt like I wasn't disabled anymore!'' And that sentence changed Dick's life. He became obsessed with giving Rick that feeling as often as he could. He got into such hard-belly shape that he and Rick were ready to try the 1979 Boston Marathon.

``No way,'' Dick was told by a race official. The Hoyts weren't quite a single runner, and they weren't quite a wheelchair competitor. For a few years Dick and Rick just joined the massive field and ran anyway, then they found a way to get into the race officially: In 1983 they ran another marathon so fast they made the qualifying time for Boston the following year.

Then somebody said, ``Hey, Dick, why not a triathlon?'' How's a guy who never learned to swim and hadn't ridden a bike since he was six going to haul his 110-pound kid through a triathlon? Still, Dick tried.

Now they've done 212 triathlons, including four grueling 15-hour Ironmans in Hawaii. It must be a buzzkill to be a 25-year-old stud getting passed by an old guy towing a grown man in a dinghy, don't you think?

Hey, Dick, why not see how you'd do on your own? ``No way,'' he says. Dick does it purely for ``the awesome feeling'' he gets seeing Rick with a cantaloupe smile as they run, swim and ride together.

This year, at ages 65 and 43, Dick and Rick finished their 24th Boston Marathon, in 5,083rd place out of more than 20,000 starters. Their best time'? Two hours, 40 minutes in 1992--only 35 minutes off the world record, which, in case you don't keep track of these things, happens to be held by a guy who was not pushing another man in a wheelchair at the time.

``No question about it,'' Rick types. ``My dad is the Father of the Century.''
And Dick got something else out of all this too. Two years ago he had a mild heart attack during a race. Doctors found that one of his arteries was 95% clogged. ``If you hadn't been in such great shape,'' one doctor told him, ``you probably would've died 15 years ago.''

So, in a way, Dick and Rick saved each other's life.

Rick, who has his own apartment (he gets home care) and works in Boston, and Dick, retired from the military and living in Holland, Mass., always find ways to be together. They give speeches around the country and compete in some backbreaking race every weekend, including this Father's Day.

That night, Rick will buy his dad dinner, but the thing he really wants to give him is a gift he can never buy.

This was my life from Friday 4PM - Sat 9PM. They had a great time.

K-9 chaplains who go into the heart of a disaster to help heal the hearts of those hit hardest.

Check them out and if you have a few dollars to throw their way I'm sure they could use the support.

Here is a link to an article from FEMA about the program too: http://www.fema.gov/news/newsrelease.fema?id=25478 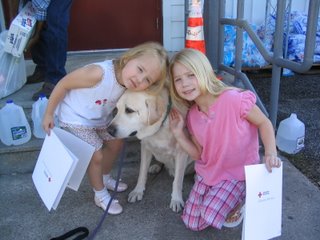 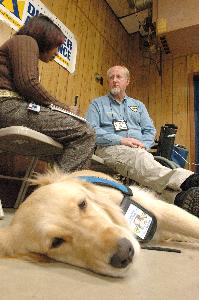 Posted by SDCrawford at 2:54 PM No comments:

GodSquad on Mission
From July 30-Aug 10 I was blessed to spend 24/7 with some of the most amazing teen-agers. They traveled, played, worked, sang and shared their lives with the people of the Gulf Coast. For 10 days they gave from their heart to help rebuild the homes and lives of those hit by hurricane Katrina. When they returned home they preached to their congregations about what they saw and what they did on their journey. If you'd like a glimpse into the heart of a teen-ager click on the above link to hear their stories. These kids amaze me. (more sermons to come as the churches get the drafts from their youth) 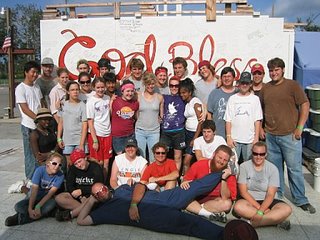 Posted by SDCrawford at 9:09 AM No comments:

I haven't brewed a batch in a while. What should I make? A general drinking ale... a seasonal for the fall (or halloween)... experiment with options for Christmas? What to do?
Posted by SDCrawford at 4:30 PM 1 comment:

If you are interested in the trip I just took: Gulf Coast Mission Tip Pictures

Most of my shots are of people rather than places.
Posted by SDCrawford at 8:46 AM No comments: 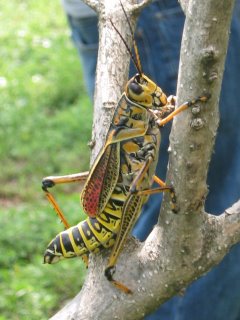 Posted by SDCrawford at 9:33 PM No comments:

The Best Meal Of My Life 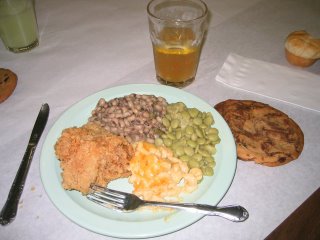 Ms Petra, the chef at St. James Church in Jackson, prepared the most amazing meal I've ever had. Fried Chicken, butter beans, black eyed peas, mac & cheese, green salad, banana pudding (with Nilla Wafers, sweet tea and lemonade and huge choc. chip cookies. WOW. If I could have fit in thirds I would have gone back for more.

The trip was great and I'm still in recovery (physically & emotionally). More to come.

Posted by SDCrawford at 8:28 PM No comments: