Music of the Moment 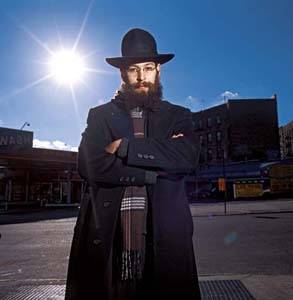 Bio
Matthew Miller was born in West Chester, Pennsylvania on June 30th 1979, corresponding to the Jewish date of the 5th of Tamuz 5740. Shortly after his birth, the Miller family moved to Berkeley, CA and eventually settled in White Plains, NY. Growing up, Matisyahu's parents sent him to Hebrew School a couple of times a week, but like many kids, he resisted the additional school hours and was frequently threatened with expulsion for disrupting the lessons.

By the age of 14, Matthew Miller slid comfortably into the laid-back lifestyle of a teenage hippie. Having fallen in with the "Dead-Head" crowd, he grew dreadlocks and wore his Birkenstocks all winter long. He played his bongos in the lunchroom and learned how to beat-box in the back of class. By 11th grade, despite his carefree days, Matisyahu couldn't ignore the void in his life. After nearly burning down his chemistry class, he knew his mission must begin immediately. He decided to set off on a camping trip in Colorado. Away from his suburban life in White Plains, Matisyahu had the opportunity to take an introspective look at himself and contemplate his environment. It was there in the awe-inspiring landscape of the Rocky Mountain's, that Matisyahu had an eye-opening realization: there is a G-d.

After Colorado, his spiritual curiosity piqued and Matisyahu took his first trip to Israel. There, for the first time in his life, he felt a connection to the G-d he discovered in Colorado. Israel was a major turning point. Matisyahu relished the time he spent there, praying, exploring, and dancing in Jerusalem. In every nook he encountered, his dormant Jewish identity stirred into consciousness.

Leaving Israel proved to be a difficult transition. Once back in White Plains, Matisyahu didn't know how to maintain his new connection with Judaism. Feeling dejected, he fatefully dropped out of high school and began following Phish on a national tour. On the road, Matisyahu thought seriously about his life, his music, and his thirst for Judaism.

After a few months, burnt out and broke, he returned home. By this time his parents insisted that Matisyahu go and "straighten" himself out at a wilderness school in Bend, Oregon. The school encouraged artistic pursuits and Matisyahu took advantage of this time to delve further into his music. He studied up on reggae and hip-hop. He attended a weekly open-mic where he rapped, sang, beat-boxed, and did almost anything he could to stay creatively charged. It was then that he started to develop the unique reggae-hip hop sound for which he would one day become known.

After 2 years in the "sticks," the 19-year old Matisyahu returned to New York a changed man. He moved to the city to attend The New School where he continued honing his musical craft, and also dabbled in the theater. During this time, he happened on the Carlebach Shul, a synagogue on the Upper West Side, well known for its hippie-friendly vibe and exuberant singing. This encounter further fueled his soul-fire, turning him on to the mystical power of song in Hasidic Judaism. Now, instead of beat boxing in the back of the classroom, he was leaving the classroom to pray on the school's roof. (Religious or not, this guy ain't made for the classrooms.)

While studying at New School, Matisyahu wrote a play entitled "Echad" (One). The play was about a boy who meets a Hasidic rabbi in Washington Square Park and through him becomes religious. Shortly after the play's performance, Matisyahu's life strangely imitated his art. Indeed, years after the initial sparks were lit, Matisyahu met a Lubavitch rabbi in the park, spurring his transformation from Matthew to Matisyahu.

A person who was once skeptical of authority and rules, Matisyahu began to explore and eventually fully take on the Lubavitch Hasidic lifestyle. He thrived on the discipline and structure of Judaism, making every attempt to abide by Jewish Law. The Chabad-Lubavitch philosophy proved to be a powerful guide for Matisyahu. It surrounded him with the spiritual dialogue and intellectual challenge he had been seeking for the past decade. The turmoil and frustration of his search subsided, and now, 2 years later, Matisyahu lives in Crown Heights, splitting his time between the stage and his yeshiva.

Combining the sounds of Bob Marley and Shlomo Carlebach, yet remaining wholly original, Matisyahu's performance is an uplifting, powerful experience for all in his presence. Even the most pessimistic in his audience is inspired by his ability to so honestly convey such a delicate, topic as faith/spirituality. It is his dedication to his belief and openness to others that compels one to respect his artistry and message. It's in that fleeting moment when our skepticism melts and our souls open up, that Matisyahu enters with his booming sound of faith.
Posted by SDCrawford at 10:07 AM 1 comment:

I think Moral Orel will be my new favorite show.

Summary from Wikipedia: Moral Orel is a claymation show currently airing on Adult Swim. It was created by Dino Stamatopoulos, writer for Late Night with Conan O'Brien, Mr. Show, and TV Funhouse. Ten episodes have been ordered. It has been described as "Davey and Goliath meets South Park." Despite advertising for the show, which portrays it as a show in the vein of the Davey and Goliath cartoons to which it is stylistically similar (Stamatopoulos has stated that it is not a direct parody [1]), it is aimed at mature audiences.

The program centers on Orel, who constantly tries to be good and live by Christian morality. He often misinterprets theology, however, resulting in varied types of chaos for either him or the town. The episode "The Best Christmas Ever", which premiered on December 13, 2005, for example, had Orel and his younger brother, Shapey, laying waste to a manger scene by the local church. Orel, believing Shapey to be the second coming of Christ, was merely following the mischievous, tantrum-throwing sibling's lead. This led some viewers to believe the entire show to be a joke.

It should be noted that currently, Adult Swim does not have the remaining three episodes scheduled for broadcast, and intends to reair the previous episodes until Standards and Practices approves.
Posted by SDCrawford at 9:17 AM 1 comment: 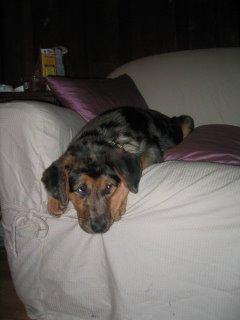 What a sad face.

Posted by SDCrawford at 10:51 PM No comments: 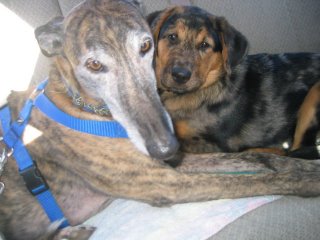 Timm & Granite were good travel companions on our weekend away to the Russian River Wineries. 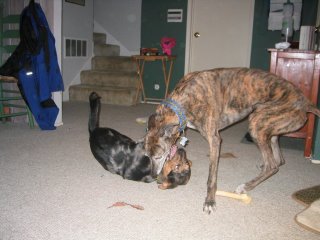 Posted by SDCrawford at 5:32 PM No comments: 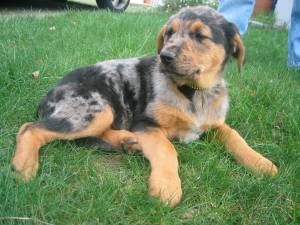 She's doubled in size from this picture. She is without the four front teeth (two top & bottom). She's damn sweet.

Last night was our second week of puppy school and she decided that during the "lecture" portion of class (when all puppies are under owner control & the teacher is talking) it's a good time to want to play with sweet black lab Mimi or tiny Lola. When all puppies are free to play she skirts the wall. We return home for "attack Timm" time. The poor greyhound has no idea what is going on.

This weekend we have our farewell to Otis & welcome to Granite party. We will ask our guests to quick write a hound haiku in honor of either Otis or Granite. Feel free to send your poem my way for a reading at the dog poetry slam.
Posted by SDCrawford at 11:26 AM No comments: 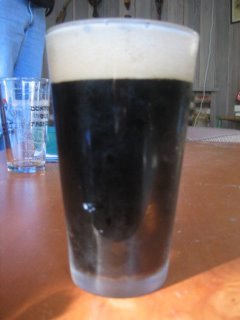 Posted by SDCrawford at 10:43 AM No comments:

In college we used to joke about "feeding the worm" when we wanted to eat a lot. You know the tape worm that we wished lived in our tummy that would consume all the calories and we could stay skinny? Well it's not a joke right now.

We have two dogs at home with worms. I hope we don't get them. So gross. Ew.
Posted by SDCrawford at 9:29 AM No comments: